Amid the utter despair of reckoning with the Trojans’ defeat at the hands of the Pac-12 North runner-up (sorry, I’m salty) Oregon Ducks, I certainly did not fathom the season being announced as over the very next day. But it was the right call.

I understand that the sequence of events makes for bad optics: USC goes 5-0. USC should win the Pac-12 Championship. USC fails. USC is out of the New Year’s Six. USC packs its bags.

But let me ask you a question.

When Kedon Slovis hit the ground on the final play of that failed comeback attempt against the now-Pac-12 Champion* (still salty) Ducks, and yet another season ended with the Trojans falling short of expectations, were you thinking, “Damn, that sucks. Let’s see what they can do in the Alamo Bowl!”?

You absolutely were not. You wanted this season to end and for you to be put out of your misery.

As it turned out, the matchup would’ve been USC vs. Texas—a fun rivalry, but let’s be honest: The stakes wouldn’t have been quite as high as they were the last time these two teams squared off in bowl season.

For the Trojans, the game would have been one of two things: A win over a team USC should have no problem beating, but one that the athletic department higher-ups use anyway as another lame excuse to keep Clay Helton around; or a loss that makes you want to drive your head into the dirt just like you did on Friday.

I establish the point about the stakes because it’s what makes the rest of the argument valid. In other words, the following reasons would be of much, much less significance if the Trojans had punched their ticket to the Fiesta Bowl.

USC’s statement that announced the opt-out included news of a rise of cases within the Trojans’ program as cases spike locally, too.

It also mentioned that USC was dealing with several injuries from playing three games in 13 days, and as we know, among them are offensive centerpieces Kedon Slovis, Amon-Ra St. Brown and Vavae Malepeai.

And though unmentioned, the decision came amid a likelihood that several of USC’s NFL-bound players—and there are potentially many—would simply choose to pass and instead prepare for the beyond.

At that point, what’s the point?

The statement also mentioned something that I hope doesn’t get lost on fans: “Trojan players will have the opportunity to spend time with their families during the holiday break.

Due to the program’s stringent COVID-19 health and safety protocols, the players have been separated from their families since the Pac-12 voted to resume football practices and competitions in September.”

We can point fingers all we want about the culprits for USC’s underwhelming regular season (record notwithstanding) and catastrophic finale in the Pac-12 Championship Game.

But at the end of the day, this isn’t a normal college football season, and everything in that aforementioned quote rings true.

Yes, some players probably wanted to finish out the season anyway, and maybe their families did too.

But it makes no sense to force the players to stay away from home for another two weeks to prepare for, travel to and play a bowl game that doesn’t offer much of a consolation prize for a disappointing season, all while a pandemic ravages a country and infiltrates an already-hobbled roster.

As a football coach—USC’s football coach specifically—I’m not a Helton fan. But don’t pretend this is Helton quitting on his team or this season.

Don’t pretend it’s USC hiding from its fanbase and choosing not to embarrass itself again. It’s not like you particularly need to dig for reasons to criticize Helton’s job as a coach. Focus that energy elsewhere.

If the stakes were higher, USC wouldn’t think twice about playing the bowl game. But that’s precisely the point. The stakes aren’t higher.

The end of the season sucked. But now that we’re here, it was time for USC to look at the bigger picture. It did, and it chose to call it a season. It was the right call. 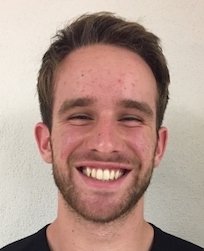 Nathan Ackerman
is a columnist for SportsPac12 and an associate managing editor at the Daily Trojan. He also hosts a sports talk show at Dash Sports TV.