There are many holes to fill on the 2020 Oregon football team with players opting out for the draft and seniors graduating.

But none bigger than at quarterback.

For the past four years, Justin Herbert held the reins of the offense, leading the Ducks to a Pac-12 title and a Rose Bowl victory. The Eugene native has moved on, however, as the No. 6 overall NFL Draft pick, and is now making his presence known as a starter for the Los Angeles Chargers.

With Herbert gone the Ducks need a new leader on offense, and there are three viable candidates.

Sophomore Tyler Shough appears to have the inside track, with Oregon coach Mario Cristobal indicating that Herbert’s backup from last season took snaps in Saturday’s scrimmage with first-team, with Boston College transfer Anthony Brown taking snaps with the second team.

The competition between them appears to be tight.

“Both quarterbacks, they had their moments, both good and bad.” Cristobal said. “Tough to say that there was any separation without looking at the tape, gotta make sure with the rotation of wide receivers and tight ends in there.”

Had former offensive coordinator Marcus Arroyo not taken the head coaching job at UNLV, Shough would have had the advantage of having the most experience in the Oregon offense.

But new coordinator Joe Moorhead has installed a different scheme, negating that potential leg up. Shough does have more reps with the returning wide receivers, and that could give him an advantage.

True freshman Jay Butterfield seems likely to redshirt, though he had a chance to get in some reps with the receivers in Eugene before COVID-19 sent everyone home. The former four-star recruit, ranked fifth nationally as a pro-style quarterback in his class, is arguably the perfect replacement for Herbert.

At 6-foot-6, Butterfield is just as tall as Herbert, though he weighs 20 pounds less at 212. The two signal callers share other similar attributes: Butterfield is equally mobile, and has a rocket arm, enabling him to throw any pass, including the deep ball.

However, Brown is shaping up as Shough’s main challenger.

The senior graduate transfer from Boston College didn’t come to Eugene to sit behind a sophomore or a freshmen. He could have gone to Georgia or Mississippi State, two schools that—like Oregon—will feature new starting quarterbacks this season.

What Brown brings to Oregon’s quarterback competition that his counterparts do not is significant college experience.

Brown’s freshmen and junior year stats look different than his sophomore year because he suffered season-ending injuries to his knee both of those seasons. That could be a concern in making a case for Brown: Can he finish out the season?

The answer to that question is Yes. He has done it before, and he will do it again.

At the beginning of this offseason I was all about Butterfield being the starting quarterback, as he would be Herbert’s perfect replication. I predicted that Moorhead could use a mix of Shough and Butterfield.

I now think Brown will be the starter for the Ducks come Nov. 7, with Shough once again getting most of his reps in clean-up time. Brown is the perfect fit for Moorhead’s RPO offense in combination with a host of elite running backs and receivers.

Whether Shough or Brown ends up starting for the Ducks, however, Cristobal feels confident in either, remarking after the scrimmage that “They both are guys that we feel that we can win with.” 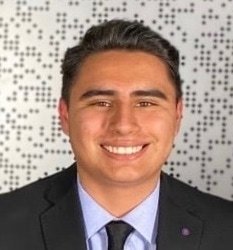 Izzy La Rue
hosts a sports talk show for Dash Sports TV and writes a weekly column for SportsPac12. He is also the sports producer for Duck TV.