With another weekend of games comes another set of College Football Playoff Rankings. Here’s how the CFP top 10 looks with three weeks remaining in the regular season.

Once again, I give special emphasis to the situations of Oregon and Ohio State in relation to the Pac-12, with a note about non-top 10 newcomer Utah at the end.

Georgia fell behind Missouri 3-0 and trailed for five minutes in the first quarter.

Georgia then rattled off 40 points in a row.

The biggest threat to Georgia’s undefeated regular season is probably their trip to Tennessee this Saturday. The Bulldogs are only favored by 20.

Alabama escaped with a 20-14 win over LSU in which Bama tallied just six rushing yards. If you’re just going by name brands, then Alabama’s close win over LSU and their earlier close win at Florida look like quality wins over SEC powers.

To quote the great Lee Corso, “Not so fast my friend.”

LSU and Florida are both 4-5. LSU has already fired its coach and Florida just fired their defensive coordinator. These are programs in chaos, not national title contenders.

Looking at their bodies of work as a whole, there is a gap between Alabama at No. 2 and Oregon and Ohio State at Nos. 3 and 4, but that gap may be smaller than one might assume.

In the case of the Ducks, their 26-16 win at Washington was all kinds of bizarre. It was played in a cold, windy, rainstorm, which hardly made for the Greatest Setting in College Football.

Oregon dominated time of possession by rushing for 329 yards and their defense held the Huskies to just 166 total yards of offense. Yet Washington still technically had a chance to tie the game late in the fourth quarter.

I say technically because I’m not sure anyone actually believed the Huskies were going to mount that game-tying drive.

The Husky fans clearly didn’t believe it was going to happen because most of them vacated Husky Stadium earlier in the fourth quarter.

Jimmy Lake clearly didn’t believe it was going to happen either because he called for a punt on fourth-and-10 with the Huskies trailing by 8 with less than two minutes to play.

Any last bit of hope for the Huskies was squelched when their long snapper launched the ball several feet over the punter’s head and out the back of the end zone.

The result of the play was a safety, which was the second safety of the day after the Washington D tackled Travis Dye in the end zone in the first quarter.

You know it’s a bizarre game when you have multiple safeties.

In the end, this game fit a season-long narrative for Oregon, which seems to be insistent on giving every one of its opponents a chance to tie the game late in the fourth quarter.

While Oregon fans may still have sleepless nights trying to figure out how they couldn’t preserve their fourth-quarter lead against Stanford (at least I do), it’s worth noting that the Oregon D has come through with a game-preserving stop late in the fourth quarter against Fresno State, Ohio State, Cal, UCLA, and now Washington.

Can they continue to engineer enough stops to lead to a Playoff berth? That remains to be seen.

In the case of the Buckeyes, their 26-17 win over Nebraska is par for the course among top ten teams.

Oklahoma beat Nebraska by 23-16, Michigan State beat Nebraska 23-20 in overtime, and Michigan beat Nebraska 32-29. So there’s no shame in being in a tight game late in the fourth quarter against the Cornhuskers.

For now, the committee is clearly using Oregon’s head-to-head win over the Buckeyes as the distinguishing factor in ranking these two teams. I remain less than convinced that will definitely be the case going forward.

I will elaborate on the committee’s puzzling decision to rank Michigan ahead of Michigan State later in these rankings, but I’ll note it here as well because it’s an indicator that the committee may consider other factors more heavily than head-to-head competition.

For the life of me, I can’t figure out why the committee would disregard head-to-head results when comparing two teams from the same division with near identical resumes like Michigan and Michigan State.

But the comparison between Ohio State and Oregon may get a little stickier in the coming weeks.

Oregon doesn’t have a soft remaining schedule. In fact, they arguably have their three most challenging conference opponents remaining. They host 5-4 Washington State in a game which may determine the Pac-12 North.

Then they travel to No. 24 Utah who has already clinched the Pac-12 South. Then they return home to play 5-4 Oregon State who beat the Ducks last year.

Win those three and Oregon would then have to beat Utah again in the Pac-12 Championship.

The Buckeyes host No. 19 Purdue this week (a Purdue team that has already beaten two top five teams in Iowa and Michigan State).

Then they host No. 7 Michigan State before traveling to No. 6 Michigan for their season-ending rivalry game which figures to be electric.

If Ohio State manages that slate without a loss, they’ll likely play another top 20 team in the Big Ten Championship (My guess is Wisconsin or Iowa).

On the one hand, Oregon needs Ohio State to keep winning because it bolsters the quality of their signature win over the Buckeyes.

On the other hand, if Ohio State keeps winning it’s going to be harder for the committee to justify keeping them behind Oregon.

Cincinnati needed multiple goal-line stands to secure their 28-20 win over Tulsa. The Golden Hurricane are just 3-6 on the year so the knee jerk reaction is to say that a top 10 team like The Bearcats have no business sweating out a win over Tulsa.

Isn’t this the same Tulsa team that lost to UC Davis to start the year?

So Tulsa is basically the Nebraska of the AAC. Despite what their record says, every time they play a top 10 team, they give them everything they can handle.

The most surprising result of these rankings is the positioning of these two teams.

After Michigan State’s 40-29 loss to Purdue, the committee opted to move them behind Michigan, despite the fact that the Spartans beat the Wolverines just two weeks ago.

From my perspective, I don’t see much of a difference between these two resumes. Both survived a scare from Nebraska. Both beat Northwestern convincingly.

Am I missing something here? Isn’t this exactly the sort of situation where head-to-head should make the final determination?

I tend to think this will all get sorted out in the next three weeks. Both teams still have to play Ohio State and Penn State.

Despite being ranked behind Michigan now, I still see Michigan State’s path to the CFP as being much clearer.

Oklahoma had a bye so we knew their ranking was not likely to change.

Should they claim their first signature win by beating No. 13 Baylor this week, I’ll be interested to see whether the committee starts to move the Sooners up these rankings.

Notre Dame cruised to a 34-6 win over Navy and now prepares to play Virginia in their last regular season game against an opponent with a winning record. They will close with Georgia Tech and Stanford.

I don’t want to put that Virginia win in the bag because Virginia is capable of scoring on anyone. But these rankings are all about projecting and right now it’s not crazy to project the Irish to finish 11-1.

The way things sit now, an 11-1 Notre Dame figures to jump a few spots because a couple of then Big Ten teams above them are guaranteed to lose. In order to crack the top four Notre Dame is also in need of some chaos in the Big 12 and the Pac-12.

With Wake Forest’s first loss, the Cowboys moved into the top 10. To make things interesting, Oklahoma State first needs to take care of business against TCU and Texas Tech.

Oklahoma State fans are channeling their inner Lloyd Christmas: “So you’re telling me there’s a chance…”

At this point in the season, that’s all you can ask for.

OK, the Utes fall well outside the parameters of my Top 10 analysis, but I want to acknowledge Utah’s first appearance in the CFP Top 25.

Had the Utes started Cam Rising earlier in the season and not stumbled against San Diego State and BYU, they likely would have been ranked much higher.

In any case, the Ducks will have to get past Kyle Whittingham’s team at least once this season. 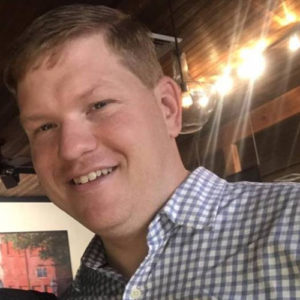