After a handful of months playing “will he, won’t he,” senior defensive back Skyler Thomas has entered the transfer portal (again).

Thomas went through a tumultuous offseason. The Pac-12 was going to play football, and then they weren’t, and then they were again. Thomas entered the transfer portal, came back to WSU, and has now entered for a second (and likely final) time.

As unfortunate as Thomas’s departure is, no Cougar fans should have any ill will toward the guy. Head coach Nick Rolovich and players have all expressed their wishes of best luck for Thomas going forward.

There is now a huge hole in the secondary that already had holes to begin with. Thomas could play both safety positions and nickel, meaning that there are now opportunities all over the secondary.

The one thing we know is that somebody is going to step up, but who will that player, or players, be?

The first option is redshirt sophomore Tyrese Ross. Ross may have earned a starting job with Thomas still on the team, but he will definitely have to take on an increased role now.

WSU’s opponents may want to hope that Ross does not end up getting onto the field, because he might be one of the hardest hitters in the conference.

Ross’s ability to come down hill and make plays is huge for the Cougars. He registered 33 tackles last year, 23 of them solo tackles. He was also one of the best players on special teams for the Cougars,  leading that unit in tackles with six.

His best game came against Oregon where he registered six tackles, including a huge open field tackle on Duck running back CJ Verdell that may have prevented a touchdown.

Ross slots in best as a safety, where he can play over the top and fill the lane in the running game. The most likely outcome is that he slides in next to Daniel Isom on the backend, forming a reliable safety duo for this defense.

Powell comes over from the University of South Dakota where he played safety. He led the team in interceptions with two, while also recording 60 tackles, good for fourth on the team.

With three years of experience under his belt, Powell could provide the veteran presence that this defense needs, especially after the loss of Thomas. He would be able to take on a leadership role in the secondary and could help some of the young guys, such as Ross, develop.

Powell is a bit more of an unknown commodity than Ross since Cougar fans have yet to see him on the field, but he could win the job due to his previous starting experience.

Whichever safety does win the job, or if both players see snaps this season, they will have a bigger role on the defense than they expected with Thomas no longer on the team.

Another position up for grabs now that Thomas has left is nickel. This was an important position on the defense in the Mike Leach Era but it is unsure how it will be utilized by Rolovich.

The position may not be used in the base defense but it will still be significant part of that side of the ball.

The favorite to man the position this fall is redshirt junior Armani Marsh.

Dickert has already made it known that he is impressed with what Marsh has done so far in training camp, suggesting he has an inside track to becoming the starting nickel.

Marsh has some experience at the position, starting twice in 2019. He recorded 24 tackles and two pass breakups last year in time spent between nickel and corner.

Experience will give Marsh a leg up on the prospective competition at nickel, but it does not guarantee him the job. Although he is the most likely player to man the position, there are still some other options that should be considered.

Smith-Wade is a three-star recruit out of Chicago, Illinois, who has already turned heads in the first week of practice. Rolovich mentioned the freshman as a player that has stood out to him. Other defensive backs have expressed the same sentiment, saying Smith-Wade is a “baller.”

While it is unclear where Smith-Wade fits in the secondary right now, his smaller frame—5-foot-11 and 168 pounds—suggests he fits in best at the slot. He figures to get a chance on the field this fall, it just depends whether it is the slot or on the outside and whether he earns a starting role.

Another option is redshirt sophomore Pat Nunn, who was one of the few players listed as a nickel on the 2019 roster.

Nunn is traditionally big for the position, standing at 6-foot-4, but that does not mean he wouldn’t be able to succeed at the position.

He had a limited impact on the field last season but was able to make an impact. He recorded 10 tackles, two of which were for loss, and one forced fumble.

Nunn would bring the same type of physicality to the defense that Ross would provide. He would be helpful in the run game, an area that the Cougars struggled with last year and where Dickert’s previous school, Wyoming, excelled.

This is likely the only spot Nunn has a chance to see playing time and will have to win the job by demonstrating his tackling and strength.

A final player that should be in consideration for nickel is redshirt sophomore Halid Djibril.

Djibril is like the hybrid between Smith-Wade and Nunn. He is 6-foot-1 and weighs 194 pounds so he has the perfect mix of strength and agility (I mean, seriously, check out the second picture in this tweet if you don’t believe me about the strength part).

Whatever the new defensive coaching staff wants from the nickel position, Djibril can provide. His frame suggests he can contribute to both the run and pass defense.

He has not had much opportunity to prove himself on the field. He only saw special teams work in 2019, recording three tackles.

If Djibril is able to show coaches what he is capable of in this abbreviated offseason, he has a legitimate shot at earning snaps in the secondary.

A wildcard late entrant into the defensive backfield competition is former four-star cornerback Ayden Hector, who according to Theo Lawson of the Spokesman Review, originally signed with Stanford.

Hector’s scholarship offer was rescinded by the Cardinal after the school sought details about his involvement in an eight-month-long police investigation.

While there is some public relations risk in taking him in, Hector originally received offers from several top schools, including Alabama and Oregon, and could conceivably contribute right away. 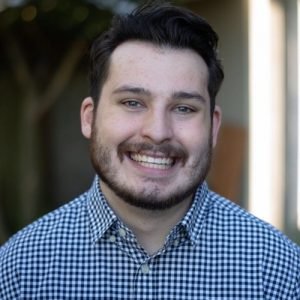