As we head into the second weekend of the NCAA Tournament, we will see the highest ever seed total for the Sweet 16. The seed numbers of the 16 remaining teams add up to 94, the highest total ever since the field was expanded to 64 teams in 1985. The prior high was 89 set in 1986.

In 2019, the number was 49 with only fifth-seeded Auburn and 12th-seeded Oregon preventing the Sweet 16 from being straight chalk. All top-four seed would total 40. 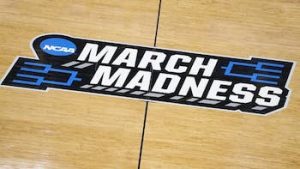 A big part of the high sum of the seeds this year is the Pac-12. The four Conference teams are all seeded sixth or higher. This is the first time any conference has ever had four teams in the Sweet 16 with none of them being a top-3 seed.

The Pac-12 has also racked up nine wins this tournament, which is tied for the sixth most ever for the conference. In 1997, the Conference had 13 wins, a total that member schools equaled in 2001 for the most ever in one tournament.

The Pac-12 rattled off their 9-1 record in dominant fashion last week with an average margin of 13.1 points per game—the highest margin by any conference with at least five teams in the tourney through the opening two rounds since 2009. And seven of the 10 games have been against teams from Power-6 conferences.

The Pac-12’s only single digit win over the first weekend of the tournament was UCLA’s 86-80 win over Michigan State.

Here’s a statistical look at each of the Pac-12 Sweet 16 matchups.

Leading off the Pac-12 schedule for the Sweet 16 will be Oregon State matching up with Loyola. This is only the second time a 12-seed and an eight-seed have ever met in an NCAA Tournament game. The first time was in 2012 when No. 12 Missouri knocked off No. 8 UCLA to become the only 12 seed to ever advance to the Elite 8.

Oregon State was able to block 16.9% of the Cowboys shot attempts in Round Two. With four blocks each from Roman Silva and Dearon Tucker, Loyola has only seen 5.5% of their shots blocked on the season. That win against Oklahoma State was the fourth for the Beavers over a ranked opponent this season, their most since defeating four ranked opponents in 1979-80.

The Beavers have a total rebound rate of 55.0% over the last three games, and a big part of that is the play of Warith Alatishe’s 10.0 rebounds per game over the last five games, and Ethan Thompson’s 8.5 during the NCAA Tournament.

Alatishe is adding 10.5 points per game over that five-game stretch while Thompson has scored 39 points in two tournament games. Loyola is led defensively by Cameron Krutwig, who is making 1.8 defensive plays per foul committed (steals and blocks). That figure is the 11th-highest in the nation this season, and the fourth-highest of any player in the tournament.

UCLA will tip off with Alabama in the penultimate game on Sunday. The Bruins are looking like a team that has rediscovered their form after ending the season with a three-game losing streak and then falling in the Pac-12 opener. And the Bruins have found it at the perfect time and a reason is their ability to handle the ball.

UCLA has turned the ball over on just 10.2% of their possessions in their three NCAA Tournament games. That’s the third-lowest of any team in the Tournament, and lowest rate of any team in the Sweet 16. This figure is an improvement for the Bruins from their season rate of 15.7%. Included in this was a second-round game against an Abalene Christian team that led the nation this season forcing a turnover on 26.0% of possessions, in which UCLA was at just 12.8%.

Tyger Campbell has turned the ball over once in the last two gamed and just three times all tournament while dishing out 13 assists. The Bruins will have to continue that trend against an Alabama team that has won 11 of their last 12. The Crimson Tide are forcing a turnover on 20.3% of possessions on the season, but that has dipped to just 13.5% during the tournament.

Alabama is getting 40.1% of their scoring from 3-pointers, the 15th-highest rate in the nation. And among teams still playing, only Oral Roberts has a higher rate at 41%. The three-point line will no doubt be a factor in deciding this one as 32.4% of the points UCLA has allowed this season has come off three pointers.

That ranks the Bruins 239th in the nation. Alabama has attempted an NCAA-leading 961 three-pointers this season, which is 118 more than the next closest team, Toledo. The Crimson Tide are shooting 36.8% on threes in their 26 wins and just 28.8% in their six losses. UCLA has allowed opponents to shoot 34.2% from deep on the season, but just 24.1% during their Tournament run.

The final game of the Sweet 16 round might be the best of the eight on tap, and really should not be happening this early. Oregon was easily the most under-seeded team in this tournament. This matchup should really be taking place in the Elite 8 at the earliest.

The first and only meeting between the teams this season was won by USC 72-58 in the Galen Center in February. The Trojans owned the glass in that one, outrebounding the Ducks by 14 and limiting Oregon to an Offensive rebound rate of 27.2%.

Against Oregon the first time, USC only missed five FTs and outscored the Ducks 8-5 from the stripe. In that loss, Oregon forced 16 turnovers but only turned them into 14 points for a rate of .875 points per turnover. The Trojans finished at 1.0 point per TO.

USC is 11th in the nation with a blocked shot rate of 8.8%, and even when the Trojans are not blocking shots, they are still altering them. USC is limiting opponents to just 47.9% on non-blocked two pointers, 5th best rate in the nation. During the tournament, the Trojans have been even better at 38.2%.

Against Iowa, Oregon shot almost 70% on non-blocked two-point FGs. In their last three games, the Ducks are shooting 64.8% on non-blocked twos up from their 57.6% rate for the season. This could be a deciding factor in this one, which should be a dandy at Bankers Life Fieldhouse.

Stephen Vilardo
writes a stats and records analysis column for SportsPac12. He also founded and runs the Sports and Entertainment Research Center (SERC).