Last week showed how quickly fortunes can turn in the Pac-12. The two games between ranked teams had drastically different outcomes, turning on both personnel and home court advantage. This week may bring more of the same, but this time, with the added spice of rivalry games.

Stanford had climbed to third in the rankings after Oregon and Oregon State experienced setbacks at Arizona State the previous week. The Cardinal had the unenviable position of traveling to Eugene the week after the Oregon Ducks had been beaten by the Sun Devils, and had needed every bit of the game to defeat the Arizona Wildcats.

The Ducks were ready.

In what would be the biggest match-up in the league so far this season, Stanford’s young team wasn’t ready for what it got.

Last season, Oregon crushed the Cardinal 88-48 in their only regular-season game. It was all the worse because it was held in Maples Pavilion. Stanford got a measure of revenge by defeating the Ducks 64-57 in the Pac-12 Tournament championship game.

At the beginning, it looked like this one would be more like the game in Las Vegas. The Cardinal took a 17-13 lead at the end of the first quarter.

That’s when Oregon put its foot down and started to run away with it. The Ducks didn’t just win the next three quarters, they dominated. A 23-13 second quarter was followed by a 29-18 third. They wrapped it up with a 22-7 final frame for the 87-55 blow-out.

The Cardinal was able to regroup two days later. Stanford handed Oregon State its second loss in three games with the 61-58 victory. Now, they return home to face Colorado and Utah while the Oregon schools have to face each other twice this week.


While it didn’t get the same media attention, USC and UCLA played one of the most surprising games of the season at the Galen Center. The Bruins had easily taken care of the Women of Troy to open the conference season, winning 83-59 in Westwood. USC was having none of that this time around.

The Bruins were doomed by a monumentally poor second quarter. After trailing by one in the first, they scored only two points over the second 10 minutes. They came out of the half on fire, getting back into the game with a 24-13 third, but were only able to win the final quarter by two points.

It was on to overtime.

The two teams ended the first extra period knotted at 59, so they moved on to another five minutes of play. Through 4:32 of the second overtime, they were even. Then USC freshman Alissa Pili made her mark: A bucket with 28 ticks on the clock proved to be the difference, sending the Bruins to their first defeat of the season.

The losses hurt Stanford and UCLA, but Oregon State suffered no ill from the close loss to the Cardinal. In fact, the Beavers came out ahead.

When all was said and done, the conference still had its six ranked teams. This week, all six sat in the top 20 while four remained in the top 10.

In the AP poll, the Ducks moved up two spots to No. 4 after their weekend sweep of the Bay Area schools. Stanford fell three spots to No. 6. Perhaps most surprisingly, though, the Beavers moved up a spot to No. 7, despite losing on their home court to the Cardinal. UCLA’s loss to an unranked USC knocked them down three to No. 10.

Both Arizona State and Arizona moved up after sweeping Washington and Washington State on the road. The No. 16 Sun Devils and No. 18 Wildcats set up a top-20 match-up for the women’s hardwood version of the Duel in the Desert.

The USA Today/WBCA poll placed the teams exactly the same except for Arizona. The coaches also moved the Wildcats up three spots, but that landed them at No. 19 from their previous rank of No. 22.

Players of the Week

There’s an argument to be made that Sabrina Ionescu could be the Pac-12 Player of the Week most weeks. This week she got that recognition from the conference’s local media with a historic performance. She added the USBWA’s and espnW’s national player of the week honors for good measure.

Ionescu broke Oregon’s all-time scoring record against Stanford when she put up a career high 37 points. She had double-doubles against both the Golden Bears and the Cardinal.

Her importance to those around her was once again driven home as she tied Oregon State’s Gary Payton for the all-time league lead in assists with 938 for her career. In her next outing, she needs just one assist to move to No. 8 on the all-time assist list for NCAA women’s basketball.

A huge upset got the Pac-12 Freshman of the Week nod for USC’s Pili. The Women of Troy are extremely young, but their talented freshman from Alaska has made up for her youth with several impressive performances this season. She finally broke through and got the weekly honor from the media.

Pili contributed 19 points and 17 rebounds in what may prove to be the biggest upset of the season. Her final two points made all the difference.

Not one, not two, but three rivalry games between ranked teams are on tap this week. Two will take place in the state of Oregon while Arizona hosts the other one.

Like last year, the Civil War will have both legs played over the same weekend. Last season, each team protected their home court. Can they do it again?

The Beavers were one of the last undefeated teams in the country, but conference play is different. These are the coaches and players who know each other best. They are better prepared, not just because of film but because they’ve actually played against each other before.

Since league play tipped off, Oregon has looked like the more formidable team. If there were any questions before, the Ducks’ 87-55 romp over Stanford followed by the Beavers’ loss to the same team put that to rest.

OSU is the better team from outside, but UO is far more experienced and formidable on the interior. The Beavers have an extremely promising freshman in Taylor Jones, but Oregon’s Ruthy Hebard is a senior who is one of the best at her position in women’s basketball.

When you get to the backcourt, Mikayla Pivec and Destiny Slocum are special guards for the Beavers, but they’re countered by one of the best ever in Ionescu and the extremely smooth 6-foot-4 wing Satou Sabally. The Ducks also have upgraded the defense this year with the addition of Minyon Moore.

The Beavers must take care of the ball. It’s been one of their shortcomings all season. If they can’t keep possessions, the Ducks have the firepower to sweep these two games. But how important will home court be?

For the first time in the history of the two programs, ASU and UA will meet as ranked opponents. Last year, Arizona announced that they were on the way back by opening Pac-12 play with a home victory over Arizona State. When the teams first met to tip off the Pac-12 season this year, Arizona took the victory on the road. ASU is trying to return the favor and preserve their lead over their rivals in the league’s standings.

If the Wildcats protect their home turf, they will sweep the Sun Devils for the first time since 2000. They have lost only four games in McKale Center since February 2019, all four to top 10 teams.

ASU is coming off four-straight wins, including the two big upsets over Oregon and Oregon State that vaulted them back into the top 25. UA has won two straight after losing to the same Oregon teams by a total of nine points.

Traditionally, ASU has been seen as a defensive-minded program. This team showed a different side against Oregon when they went off for 30 points in the fourth quarter to secure the win. The confidence the two wins over the Ducks and Beavers gave them cannot be underestimated.

With both teams healthy now, it should be a great showdown. Either team could win this one without it being a huge surprise. 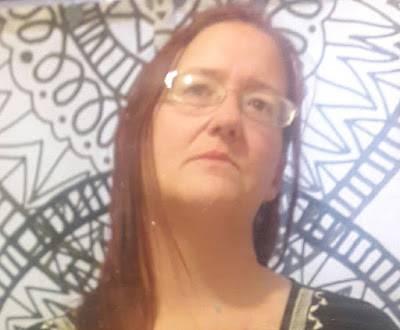